The West Chicago Fire District is dedicated to providing compassionate and skillful service to all.

The West Chicago Fire District will focus on organizational trust, personal integrity and the responsibility to maintain professionalism and pride.

The West Chicago Fire Protection District started as a volunteer fire department dating back to May 1896. Fire Marshal Matthew Leonard was the town’s first Fire Marshal. The first firehouse was town hall on Main St. that housed the wagons for the Hose Company & Hook and Ladder Company No.1. Around the same time, the town established a municipal water system, purchased fire equipment, and appointed firemen creating one of the best protected villages in the area.

In 1953, a new building was built at 128 W. McConnell St. which housed both the police and fire department. This new building helped accommodate the need for fire protection. It included 4 bays compared to the 1 bay at original firehouse. New apparatus was also purchased to better protect the community.

During the late 1960’s, the Volunteer Fire Company changed, by referendum, to a Fire Protection District. This change created a new taxing body, allowing the Fire District to collect taxes directly from the taxpayers, rather than as a component of the City of West Chicago. Ultimately allowing the fire company to expand and increase the service provided to the village and rural areas around.

By 1968, the newly formed Fire District had plans for 2 new firehouses. One on the South side of the railroad tracks at 509 Church St. and the other on the site of Washington Jr. High at the corner of Fremont St. and McConnell St., adjacent to the then current city firehouse on McConnell. The school was razed, and the new headquarters was constructed. The firehouse stands today at 200 Fremont St and still operates as the headquarters for the Fire District. The firehouse at 509 Church St. was sold to the City of West Chicago to be used for Public Works.

A second referendum was passed in the early 1970’s allowing the Fire District to form an ambulance district. This ambulance district provided Emergency Medical Services to the residents, which was not available prior. This creation led to an immediate increase in service prior and helped address the needs of the growing community. The Fire District hired 6 full time members to staff the ambulance 24 hours a day. Quite a change from a true volunteer fire department. The full-time members were sent to Chicago Fire Academy to become State of Illinois Emergency Medical Technicians. The Fire District was still protected by volunteer firefighters that would still respond day and night.

Over the next decade, the number of career members increased to allow for both a fire engine and an ambulance to be staffed 24 hours a day while still being supplemented by the volunteer members. In 1980, a firehouse was constructed on the property of DuPage Airport increasing coverage for the North side of the District as well as Aircraft Rescue Firefighting (ARFF) protection to the DuPage Airport. 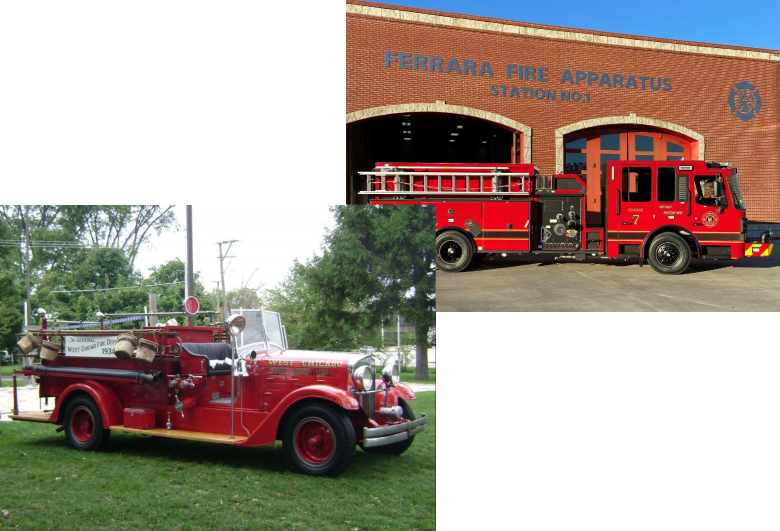 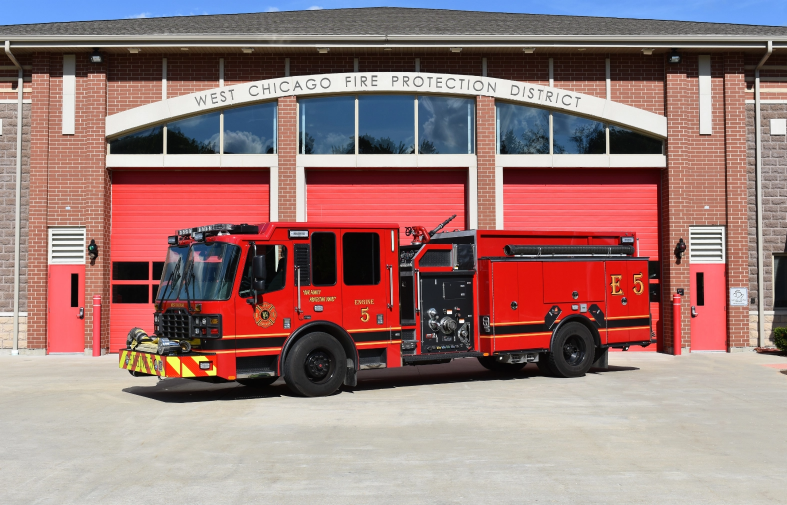 Station # 5 was constructed in 2009 and opened in early 2010. The station houses Engine 5, Tender 5, and Medic 5. With a current crew of five and a total capacity to house eight people. Station # 5 provides Fire, Rescue and ALS Medical services to the north and north central areas of the Fire Protection District.
1651 Atlantic Dr.
West Chicago, IL 60185 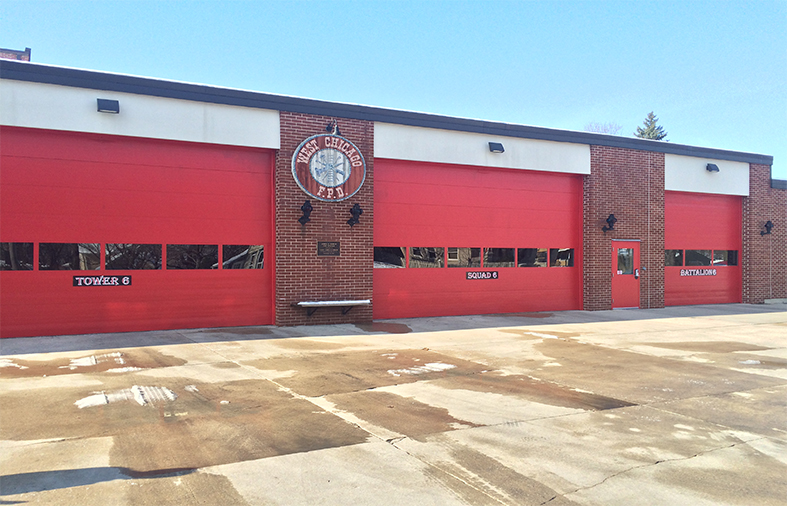 Station # 6 was built in 1968 on the site of an old school. A remodel was completed in 1998 adding third garage bay, new crew quarters and training room. Refurbishing of the administration offices was also completed at that time. This station is home to the Fire District Administration and houses one ladder tower company. As well as our marine unit 6, brush 6, and battalion 6. Minimum manning is three (3) personnel and the shift commander.
200 Fremont St.
West Chicago, IL 60185 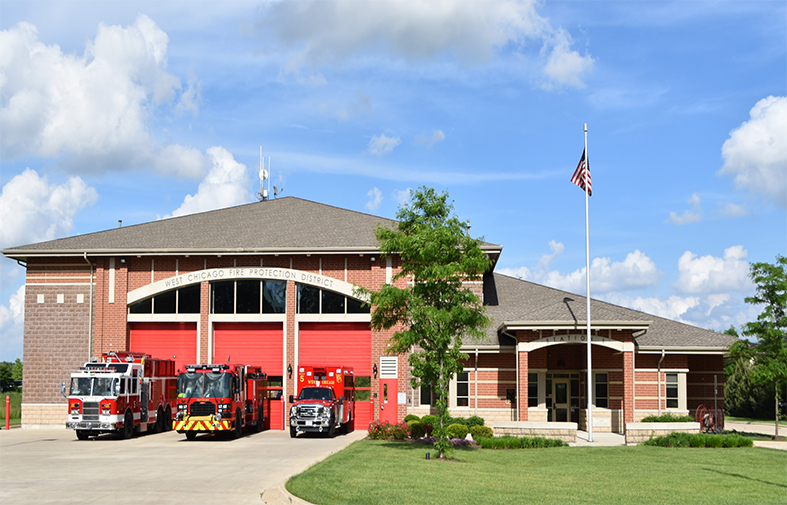 Station # 7 was constructed in 2009 and opened in early 2010. This station houses Engine 7, Squad 7, and Medic 7. With a current crew of five and a total capacity to house eight people. Station # 7 provides Fire, Rescue and ALS Medical services to the south and south central areas of the Fire Protection District. The Fire Station # 7 also houses our Fleet Services Division.
1080 Commerce Dr.
West Chicago, IL 60185 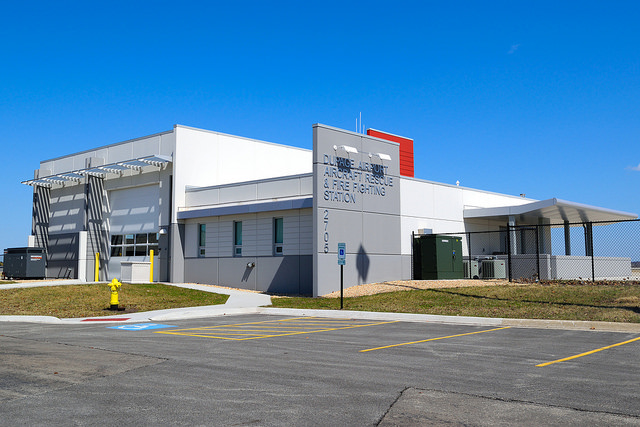 Station # 8 provides ARFF protection for the DuPage Airport. At present Station # 8 is staffed 24/7 by one (1) ARFF certified Firefighter / Paramedic. Rescue 8 and Rescue 9 are housed by the DPAA at Station 8.
2705 International Dr.
West Chicago, IL 60185